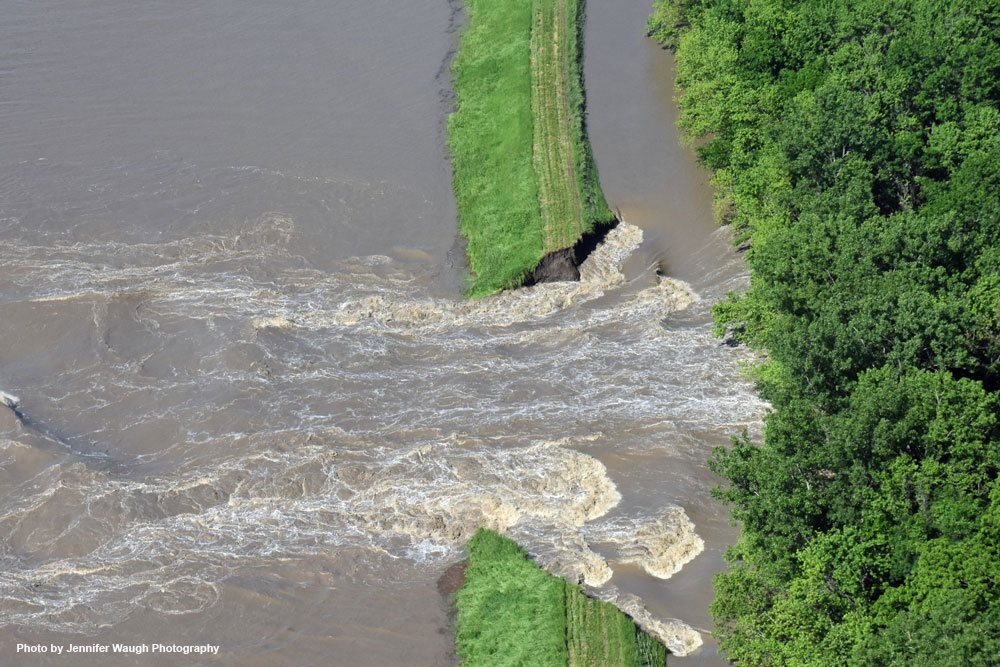 Last spring’s floods along the Missouri River and its tributaries ravaged dozens of levee systems, and many have yet to be repaired. As of May 1, at least 28 levees that are managed by the Kansas City District of the U.S. Army Corps of Engineers remain breached, leaving surrounding communities and farmers who are still recovering from 2019 weather woes susceptible to elevated flood risks.

The National Oceanic and Atmospheric Administration forecast above-average spring rainfall for the Missouri River basin, but so far, the weather has been drier than predicted.

“Between the flows in the river today and the conditions in our reservoirs, we are in much better shape than we were the first of May a year ago,” said John Remus, who leads the U.S. Army Corps of Engineers’ Missouri River Basin Water Management Division, during a call on May 7 with elected officials and river stakeholders.

The drier-than-expected weather conditions have allowed the Corps, farmers and other organizations that maintain levee systems opportunities to speed their rate of repair.

The Corps’ Kansas City District has 66 levee systems scheduled for repairs ranging from closing breaches to fixing surface damage such as scour holes. The Corps has restored the original level of protection on 38 levees and begun contracting with construction crews to address the others. At the beginning of May, the Corps awarded 24 contracts and 16 were open for bids or pending award. Contractors had already begun moving dirt on eight of the 24 awarded contracts, and the Corps expected that number to increase daily. While the Corps anticipates many of the projects to be completed this summer and fall, it says some won’t be finished for at least another year or two.

The Federal Emergency Management Agency, the Army Corps of Engineers, the state of Missouri, the USDA Natural Resources Conservation Service and local levee districts all work to repair levees.

“We’re trying to dance with different agencies,” Heitman said. “All these agencies have their own requirements and parameters, and we’re trying to coordinate those to build a secure system against the river.”