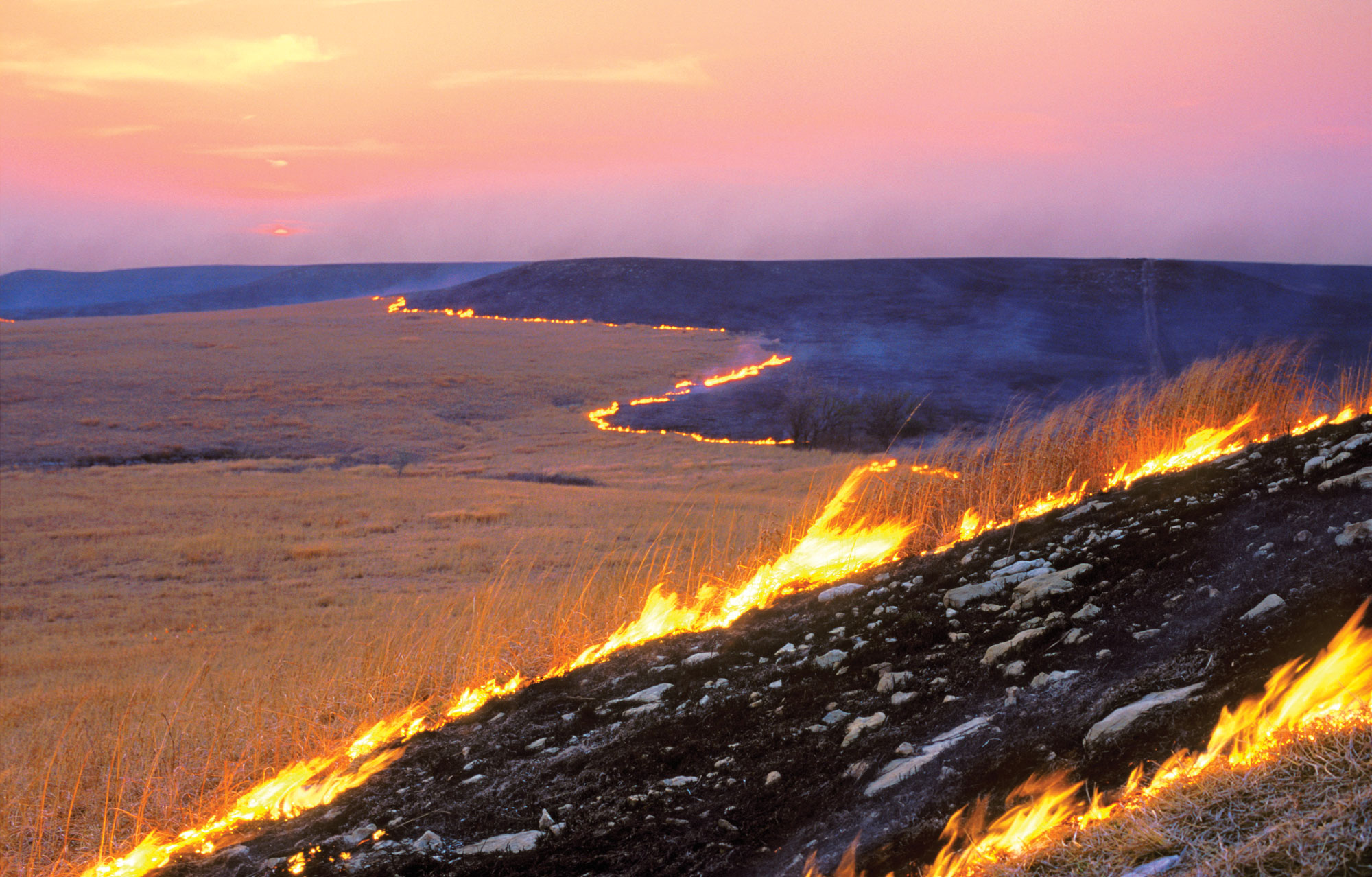 Each spring, infernos blaze across large swaths of the Flint Hills, consuming everything in their path. While fire would be cause for concern in most areas, on the nearly 10,000 square miles of rocky, unplowed prairie that stretch from eastern Kansas to northern Oklahoma, the flames are a necessity.

The Flint Hills represent one of the last remaining vestiges of the tallgrass ecosystem that once covered the Midwest. If it weren’t for annual burnings, the sea of swaying native grasses and wildflowers that cover these rolling hills would be shaded out by cedar trees and shrubs in as little as 30 to 40 years. That’s why area ranchers torch portions of the prairie every spring to keep woody invaders at bay and preserve the natural ecology.

While cattlemen have been setting fire to their pastures for more than a century, they are simply ensuring the natural phenomenon that has shaped the prairie for thousands of years is continued. In the distant past, lightning strikes would ignite the plains. Native Americans began scorching the prairie once they realized the fires promoted new grass growth that attracted herds of buffalo. Now, it’s not uncommon for Flint Hills ranchers to conduct controlled burning on 2 million acres or more for similar reasons.

These highly organized and carefully monitored fires are an essential practice of grassland management. Ranchers burn their pastures two to three years out of every five to rejuvenate the big bluestem, Indian grass, switchgrass and up to 90 other grasses native to the region. The lush grass that sprouts in the ashes is packed with nutrients that help cattle gain more weight than they would from grazing on land that had not been burned. The fresh, verdant grasses are counted upon to feed the million or so cattle that graze in Flint Hills pastures annually.